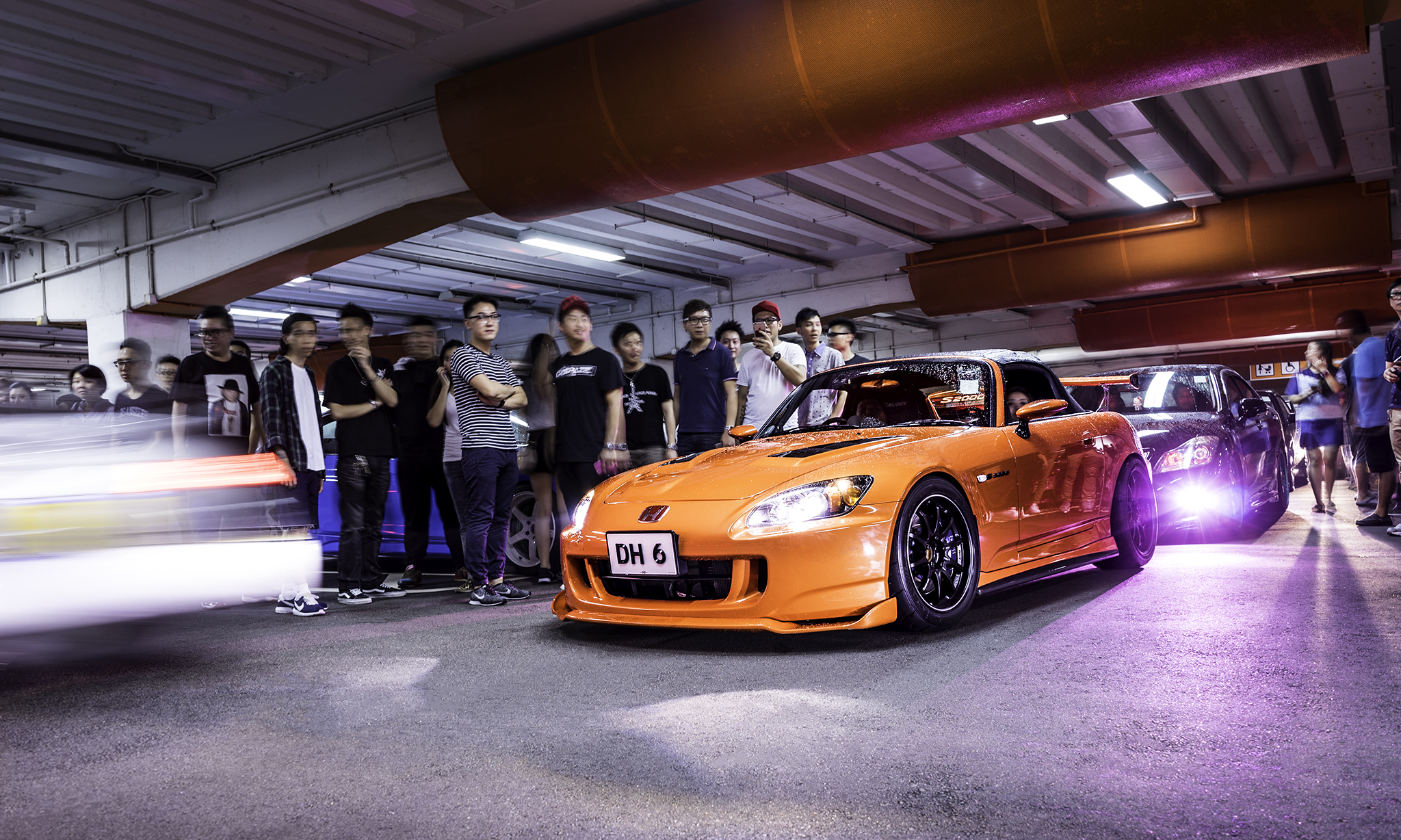 Hong Kong is not often known for its car scene. Hidden amongst the endless rows of skyscrapers and cramped living spaces, it has remained relatively hidden. That’s not to say that Hong Kong has wanted to keep its car scene underground up until now.

In fact, there have been numerous mainstream attempts to portray its car scene. During the 90’s golden era of JDM sports cars, Hong Kong turned to its world renowned film industry to represent its local car scene on the big screen. Although it did so in a mild and moviegoer type of way, the Hong Kong film industry attempts did not amass Fast and Furious levels of worldwide fandom. That was mainly due to overall underground nature of the worldwide car scene.

No matter the case, Hong Kongers were and still are very passionate about cars. Cars such as EVOs and STIs have been all-time favorites of Hong Kong car enthusiasts over the years. Google search ‘The Legend of Speed’ if you’re looking for Japanese Wangan-like night racing with a bit of Fast and Furious sprinkled in. Or search for the limited edition Jackie Chan Mitsubishi EVO’s if you’re looking for an EVO you’ve probably never seen.

In light of all this, the past year or so has been a busy one in Hong Kong. Elite aftermarket brands such as RWB and Liberty Walk have made their way over. Thanks to Nakai and Kato’s efforts, the car scene has expanded into new markets and caused former underground car scenes to slowly emerge around the world.

The Japanese have always been a strong source of inspiration. In the case of the Hong Kong car scene, that was very evident at the Copaze x 1013MM gathering. Drawing from the Japanese, Copaze, a Hong Kong-based automotive lifestyle club, set out to host the largest gathering of cars in Hong Kong.

In order to do so, Copaze took the initiative to team up with 1013MM, an influential photographer from the United States with experience in hosting impromptu car meets. Thus the idea of the Copaze x 1013MM Hong Kong Car Meet was birthed. To host a Daikoku PA-like car gathering at night, staying true to the underground roots.

Together the two parties used social media to invite and gather some of the nicest cars in Hong Kong. They ranged from street cars to super cars and even a genuine red Kowloon taxi.

As the night of the meet arrived the Copaze crew along with 1013MM arrived early at the Harbour City Ocean Terminal Car Park where the gathering was being held to make sure things would run smoothly throughout the night. The anticipation of the large gathering, its relative underground nature, and the hardcore enthusiasm of Hong Kongers, caused many of the attendees to arrive early.

Just like any car meet, things got rowdier throughout the night and onto the next morning as more cars and crews entered the car park. There were even a couple hours where the entrance was completely held up with traffic as cars within the lot were circling endlessly to find parking.

The estimated 800-person crowd in the car park didn’t help the situation also. As the cars were waiting in traffic the engine revving and music bumping became louder and louder. It was an amazing sight to see and something not even Hong Kongers have ever witnessed themselves.

Eventually law enforcement entered the car park to inspect exactly what was going on. However, since nothing like this has ever happened in Hong Kong, there was no set protocol for the authorities to control the situation. The gathering was allowed to go on and was met with more celebratory revving that echoed around multiple levels of the car park.

The Copaze crew really came together because of their affinity towards the Honda S2000. Although these cars are a great choice for the long smooth stretches of highway roads in Hong Kong, they’re not so great during rush hour traffic.

This particular Honda with Mugen extras, is one of a few supercharged S2000s in Hong Kong.

The garage began to relax as cars were finally parked while others left. For a while, we were able to take in the Hong Kong car scene and wonder where it’s been hiding for all these years. We were told that this is only just the beginning.

In addition, the Copaze x 1013MM car meet was so successful that more will follow. Also the Hong Kong car scene won’t be as shy in the future. Who knows what else will come out of Hong Kong, all we know is that we want to be there when Hong Kong comes out to play again.