Out For Blood: Garrett Randall’s C3 Rambo Might Be Peak Vette 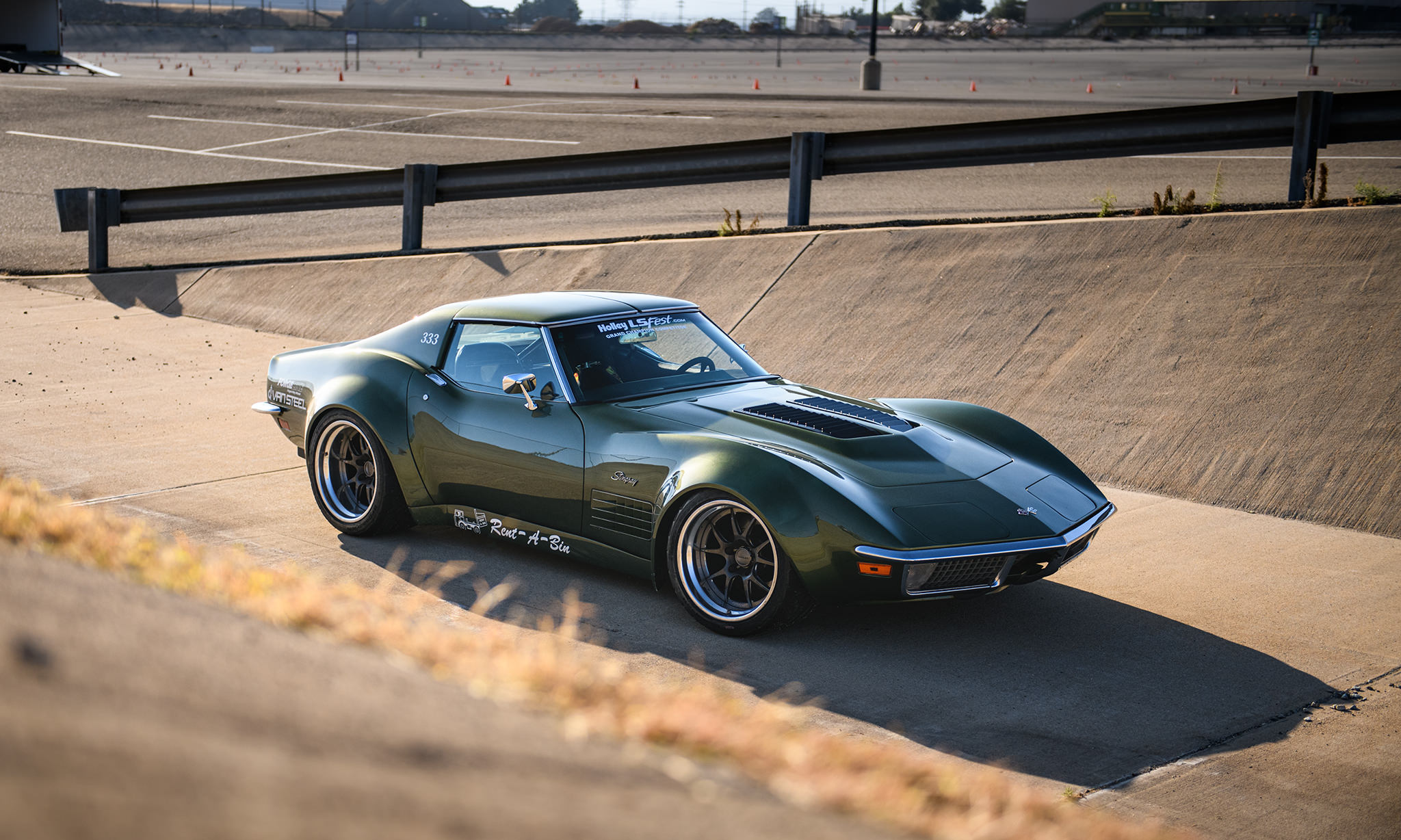 It’s incredible to me how long some cars have been driven, modified, and raced before I’ve seen an example that blows my mind.

Take the ‘68–’82 C3 Chevrolet Corvette. After shedding the original roadster design of its mid-’50s debut and evolving past the subsequent James Bond-esque shooting brake design of the C2, the C3 generation was arguably where the Corvette found its wheels. In top form, it was a race-bred, T-top-havin’, 500-horsepower-big-block-flexin’, fiberglass-clad, astronaut-endorsed, loud, proud, American middle finger to the more gentlemanly sportscar styling of the world, and even its ensuing oil crisis.

And we loved it for that.

But there was just one problem: Most of its buyers seemed to know or care very little about its true performance potential. They appeared content driving their wolf among sheep, and modifying it only slightly, usually with the wrong wheels or too much chrome.

For a long time, I felt that maybe the best form of a Corvette was a mostly-stock weekend street/track car. Until the moment I laid eyes on “Rambo,” Garret Randall’s 1970 LT-1 autocross dominator.

Not much is known about this car’s origins. After a long life as a pristine road car, its original Bay Area owners decided sometime in the late ’80s that converting it into a race machine might better suit its underlying attributes. When SoCal-based JCG Restorations & Customs’ Cris Gonzalez got ahold of it, it had been flared and used—not necessarily abused—but was still numbers-matching and in dire need of attention.

As his business grew and client work took precedence, the Vette sat idle for longer and longer lengths. Enter Garrett Randall. When he brought an El Camino that he had been autocrossing to JCG and Cris for some inspiration, Garrett found all that he could ask for in the Vette, and some life changes were in order.

Garrett parted ways with his high school sweetheart Elco and got to work on the girl of his dreams. He bought the C3 from Cris and hired him to take on the work Cris always wanted to do, literally from the ground up.

If this car’s fenders and stance seem as if they were built around its wheels and tires, they were. Its massive 18×11.5-inch front and 18×12.5-inch rear Forgeline GA3R wheels are wrapped in 315- and 335-width 30-series BFGoodrich g-Force Rival S rubber. Once the old flares were scrapped, rolling stock was bolted up, and Cris began the process of fabricating all new fenders at each corner by hand-laying fiberglass over a temporary aluminum sheet metal and wire skeleton.

The Corvette was an early adopter of independent rear suspension, as the design debuted on the car back in 1963. But improvements can easily be made today, namely to its inclusion of a conventional leaf spring, which is replaced with coils via a Van Steel conversion kit. Cris and Garrett further enhanced the system by upgrading to JRi coilovers at each corner, with 600 lb/in springs in the front and surprisingly soft 90 lb/in springs in the rear. A custom JCG sway bar was designed for the front, but surprisingly, there is no sway bar in the rear. The idea here is to get as much squat out of the car’s natively lightweight and tail-happy rear end while keeping the front planted and level.

Not that the C3’s original big-block ZL1 engine was a slouch; it was rated at 430 horsepower but in actuality produced well north of the 500 mark. But today’s ubiquitous LS engine platform simply wins in terms of price, packaging, weight, reliability, technological advancements, and aftermarket support. Garrett and Cris hocked the numbers-matching engine and trans (oh, the horror!), and hired James Mullenix of Mullenix Racing Engines to build a cammed and ported LS6 engine and Tremec T-56 transmission specifically for this project.

Peripheral modification is functionally basic, consisting of the typical aspiration enhancements, including a Kurt Urban LS Vapor Vent system, an invaluable (for any seriously driven track car) Moroso oil accumulator, and a custom baffled aluminum fuel cell. After more than two-and-a-half years of 530 whp thrashing, everything still runs like a top.

Inside is where the build’s old-meets-new motif is even more apparent. AutoMeter Sport-Comp black/aluminum gauges blend seamlessly into OEM locations, showing Garrett information more befitting of a race car. The factory tape deck and speakers are retained, as well as the passenger seat. But he wraps his hands around a Sparco suede wheel and Hurst shifter these days, from within the safe confines of an aluminum Kirkey seat, RCi belts, and a custom four-point roll bar.

Some of the final modifications are some of the car’s most signature touches. You’ll notice its original red-blooded, side-exit blast pipes are gone. In their place are custom rocker panels that combine with subtle Dodge F8 Green paint (oh, the horror!) to give the car its refined appearance, and custom vents dropped into the factory fiberglass hood hint that there’s more to the story. The downright sinister appearance of that cropped rear bumper, custom aluminum diffuser, center-exit dual Borla exhaust system, and that vanity plate remove any doubt that this is a thoroughbred corner-killing machine.

The Road (And Course) Ahead

Once done, down, and dialed-in, Garrett quickly learned he’d built a car that was miles ahead of his abilities as a driver. But in just over a year of races like NMCA autocross events, he has gone from a four-second gap behind event-leading cars to just under one. This is surprisingly good progress, given just how much car this C3 is.

Garrett and Rambo’s ongoing mission will be to reach their man-and-machine limits in autocross competition for the foreseeable future and to engage in the weekend drive around town or through the twisties. “It’s not going to get much crazier,” Garrett promises.

“It’s pretty much close to perfect just the way it is.”

We couldn’t have said it better.